Most of my friends avoid venturing out when the weather turns cold and snowy...when the landscape turns soft and deep and white. But then, not many of them are lucky enough to have a house in the woods with a stream behind it where the current curls into ripples that freeze hard around the stones and glitter in the sunlight. Beneath the ice. 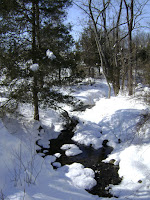 We just see it differently.

Where I see soft gray shadows stretching out across a blank white canvas, they see sooty slush.

Where I see a fire crackling on the hearth, they see beach umbrellas and blankets.

When I head outdoors with a snow shovel, they gaze longingly at their golf clubs. 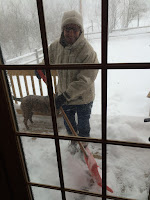 Last fall I decided to forego a gym membership in favor of continuing my fair-weather walking program. I bought a good waterproof jacket to wear in the rain, and I lined up sweaters, jackets, hats and mittens in case of snow. I reminded myself that when I was a kid, I was a die-hard skier. Nothing kept me away from the slopes--not drifting snow, not pelting sleet, not sub-zero temperatures.

So, this year I resolved to make this a walking winter. That was before I learned that it would be a mild one. That it would hold unanticipated delight and wonder. Deep contemplation. Pure joy. 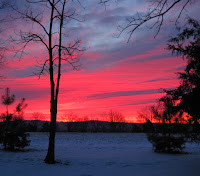 Day after day I ventured out under a glacial blue sky. 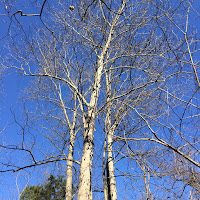 The air was as still as if Mother Nature were holding her breath. Silence was interrupted only by the episodic barking of a dog in the distance, or a plane rumbling overhead. Never mind the fact that the Earth was spinning on its axis at a speed of over 1,000 mph and hurtling around the sun at a speed of over 18 miles per second.

The air was still. The universe silent. The woods peaceful.

Now that the snow has melted, the temperatures have come up, and the birds are back, other delights await.

The near presence of the deer. 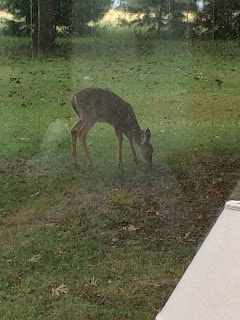 Birdsong. And before long, the fragrance of lilacs and honeysuckle...

...all of which is fine except that I still love the winter woods.