In my last post I threatened to subject you to a discourse on the molecular basis of creativity and imagination because, frankly, it mystifies and intrigues me...as does everything about the human body--from the molecular and cellular levels to the complexity and integrity of the organ systems. The heart. The lungs. The endocrine and reproductive systems--one more inscrutable than the next. But, oh my...the brain!!

The seat of learning and memory. The wellspring of thought and font of emotion. The repository of imagination and creativity! Ah, the coordination and cooperation of cells, chemicals, and electrical connections that define "life!" If it interests you, check out "The Wisdom of the Body" by Sherwin B. Nuland. 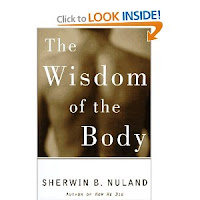 In it you will learn to embrace a deep reverence for your own awesome self!

We are such unfathomable beings! Which is why, rather than labor to understand the turnings of the mind, we tend to personify it. I've spoken before about "the boys in the basement" and my muse--characters who inspire me, motivate me, and deliver missing dialogue, fresh scenes, and engaging characters when and where I least expect it...in the shower, walking the dogs, driving to the store. And then there is the Inner Critic who, in a heartbeat, dashes all optimism, all hope.

In "The War of Art", Steven Pressfield asks, "What force is yanking at our sleeves?" when something emerges in our minds without any exertion or conscious thought on our part. 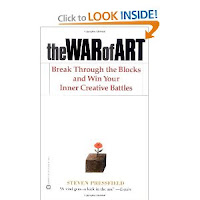 Whose voice is it?" he asks. God's? An Angel's? Our muse? Fairies? Elves?  Whether you believe that the "boys in the basement" are at work or you believe that the mind of God is at work...you clearly believe in the verisimilitude of another realm. And that opens a portal to unending possibility! 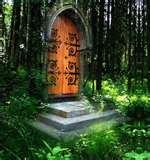 For most of us this realm of kindred spirits is alot more inviting than the neurophysiology lab. But however it happens, whatever the explanation, the forces behind creativity and imagination are at the same time both mysterious and magical.

Do you prefer the science or the spirit of artistic creativity?