I am a believer! And the foundation of my faith is pure, unadulterated serendipity. It took a long time for me to appreciate the nature of serendipity, or synchronicity, and its expression in my life...but now, I am a true believer. 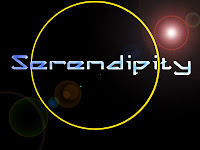 Until I learned otherwise, I took great pride in my carefully scripted life, the goals I set for myself, and my plan to achieve them. But Serendipity? It seems that she always had other plans for me. I would try to reason with her. I would argue with her. I would whine and pout...until I learned that she is a kindred spirit. You see, everything that is important in my life seems to have happened by chance. I wouldn't be here today if it weren't for a fortuitous twist of fortune.

My father was the brightest and handsomest of the five brothers in his large Polish family. In 1940 he left behind everything that was familiar and comfortable in his life to study in Austria for the Roman Catholic priesthood. When the Nazi war machine crossed the border from Germany and WWII was inevitable, he fled Austria and returned to the States. He abandonned his church and his faith, and with them, his vows of celibacy. Voila! Here I am!

My decision to study medicine was finalized as the result of a chance blind date with a med. student who made the word "hog" sound like a compliment. 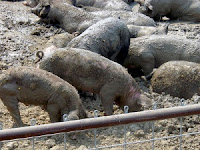 Months of agonizing doubt and debate vanished with the clear understanding that if he could do it...surely I could do it. And so it went...

Just last week, out of the clear blue sky, I received a call from a total stranger asking if I would consider joining a medical mission trip to Africa!


They needed a doctor...and one of my patients had given her my name. "Think about it," she said. And in true Christian form, she added, "Pray about it and let me know."

I assured her I didn't need to "pray about it"-- her call was the answer to my prayer, something I have been aching to do since my last visit to Africa, some five or six years ago.

In "The Artist's Way", Julia Cameron speaks about synchronicity as the good that happens when we act on behalf of our truest dreams...when we commit to our own soul. "Take a small step in the direction of a dream and watch the synchronous doors fly open...The universe is prodigal in its support."

According to Goethe, "Whatever you think you can do or believe you can do, begin it. Action has magic, grace, and power in it."

Which is a powerful incentive for artists and writers. When the task is daunting, the future uncertain, and success elusive...the entire universe converges to encourage and support our efforts, our commitment, and our longing. Hope springs eternal.

Right now, I hope that the short story I sent out this week finds a publisher. Hell, I hope it wins an award. Why not wish big? I hope I get good news from one of the agents I queried about "The Bandaged Place." And I hope that I can move ahead with my WIP...which, serendipitously, is about sex tourism and an orphanage in Africa. Serendipitously!


What role does chance/luck/serendipity play in your life? Can you recognize it? Will you cooperate??
*
"The universe will reward you
for taking risks on its behalf."
--Shakti Gawain--
*
In my next post I could explore the molecular biology of creativity, but for your sake, I won't.
jan﻿
Posted by jan at 7:20 PM