X is for Xanadu

Who hasn’t dreamt of paradise? Or pondered the existence of heaven?

Mythology speaks of Xanadu…an idyllic and beautiful place, a paradise of luxury and contentment…a construct of the imagination that is open to anyone’s interpretation. Samuel Taylor Coleridge immortalized Xanadu in his poem Kubla Kahn when he conceived a sunny dome awash with pleasures—caves of ice, bright gardens and ancient forests girded by magnificent walls and towers. Never mind that he was in an opium-induced stupor when the vision came to him.
The story goes that when Coleridge awoke from his dream and began to write his poem, he was rudely interrupted by an anonymous visitor...and thereafter was unable to recall the details of his vision as he worked to finish the poem.
Ergo…this person became a metaphor for the malicious interruptions the world throws in the way of creative inspiration and genius…and haven’t we all experienced that?! 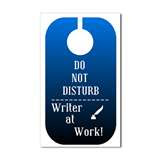 So, if you’ve been thinking about starting a novel or taking an art class or joining a theater group, don’t let anything get in your way. Don’t let your forgotten dream become another of the “woulda…coulda…shouldas” that follow you through life like a gaggle of ugly ducklings.

Xanadu invites us to embrace our dreams and to exercise our imaginations…and then to act on them. To put our vision into words or to music, to turn it into art or drama or dance in order to create paradise on earth.

What is paradise for you?
“There is no life I know to compare with pure imagination.
Living there, you'll be free if you truly wish to be.
If you want to view paradise, simply look around and view it.
Anything you want to, do it.
Want to change the world?
There's nothing to it.”
--Willy Wonka--
jan
Posted by jan at 5:40 AM