This took place a couple of weeks ago. True story.

I killed a squirrel today. One moment the little fellow was scampering about in the leaves by the side of the road. The next moment--

﻿
﻿ I’m sure it freaked him out when he glanced up and saw my car bearing down on him hard and fast. He must have been blind with fear the way he darted this way and that in utter panic.

Instead of scampering off into the woods where he belonged, he dashed out into the road and ended up under my right front tire. I hit the brakes hoping for the best, but it was too late. I felt the sickening thump that ruined my day, not to mention what it did to his.

Don’t ask me why tears came to my eyes. Squirrels are considered a nuisance around here. There must be hundreds of them on my street alone, their total worth estimated at less than a thimbleful of fairy dust. That is, according to the professed wisdom of mankind.

But what about his family and friends? What was he to them? The brave defender of the nest? The commander-in-chief of acorn collectors? Perhaps he was a scholar or healer, a storyteller or spiritual guide. What will they do without him now?

I wonder who will be the first to notice he’s missing. I wonder if they’ll they send out a search party and scour the area until they come across the pile of bloody fur in the street and realize he never had a chance.

Who will be left to curl up without him tonight when the sun goes down?

It makes you think because this kind of thing happens a lot. Your day is going along just fine when out of nowhere--BAM! It changes in a heartbeat.

The way it changed just this past month when a ship capsized off the coast of South Korea carrying hundreds of young vacationers to a watery grave. Bam.
When an airliner with over three hundred passengers on board dropped out of the sky and disappeared without a trace. Bam.

When a mudslide buried thousands of villagers in a remote village in eastern Afghanistan. Bam.

First responders rushed in to assist the victims, and search parties set out to locate survivors while friends and families waited in agony. In vain. The rest of us took note of it and then went on about our lives as if nothing at all had changed when, in truth, humanity will never be the same again.

As I drove on today I glanced in my rearview mirror to see a broken little body in the street behind me. What is it they say? “Sed gratia Dei sum quod ire.” There, but for the grace of God, go I.


All I can say is, “Deus vobiscum. Requiescant in pace.”
Amen.
* 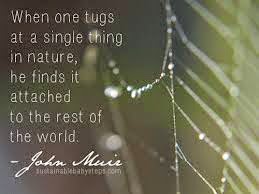 Just for the record, I have a hard time even killing a bug, and that includes spiders. I like to carry them outside and release them into the wild. Except, maybe ants and houseflies. You?
jan
﻿
Posted by jan at 4:45 PM