In a desperate attempt to keep up with my NaNoWriMo word count this week, I never got around to dreaming up a blog post. So instead I am sharing a brief snippet from the story. On the bright side, I'm approaching 40,000 words. On the other hand, it ain't all that great. And this storyline takes me way out of my comfort zone. But, a challenge is a challenge, so here we go:

In this scene, pedophile Ray Bolton has kidnapped two girls, three year-old Abby, and her babysitter, twelve year-old Gracie. He has managed to smuggle them into Canada where he is about to hand them over to his contact, a woman who is charged with getting them to India. There they will be traded for sex, and he will walk away a rich man. (Remember...this is NaNoWriMo. We're talking quantity not quality here.)

A woman emerged from the shadows, draped from head to foot in Muslim garb, in a tunic that reached to the ground, her head covered with a black hijab. Gracie recognized it from what she’d studied in school, and from what she’d seen on the news. The only clue to the woman’s identity were her unsmiling eyes.
Ray greeted her with a bow.
“Ah, Stephen, I see you made it.” She nodded at the man Gracie knew only as Ray. “And this is the girl?” She peered at Gracie, and drew a single finger down the side of her face. She ran her hand through the girl’s hair. Her tresses fell like a golden veil as they slipped through the woman’s fingers. “Beautiful. Perfect,” she said.
“As agreed,” he said. Fair skin and blond hair traded generously on the street.
“But what is this?” The woman’s eyes narrowed. She took Abby’s hand. “What is she, two years old? Three at most?”
When the woman touched her, Abby wailed. She squirmed in Gracie's arms to pull free. “Stop it,” Ray bellowed. Then, glaring at Gracie, he snapped, “Hold on to her, for God’s sake.”
Gracie stared at Ray, or Stephen, whatever his name was, with questioning eyes. Fearful eyes. The color had drained from his face. His jaw tightened. “She, too, is beautiful, is she not?” he proffered.
“You fool.” The woman spat at him. “You poor pathetic fool. What use is she to me? We had a deal.”
“But she is soon four,” he said. His right eye twitched. Beads of perspiration clung to his forehead. Gracie sensed trouble.
“Stephen,” the woman said, “a deal is a deal. Business is business. You know this.”
“Sanjana, please,” he said. “She will grow into a princess just like the other one. You will have many good years with her.”
“And who is going to feed her while we wait for her to grow up? Who will take care of her? You have made a terrible mistake, my friend.”
Ray’s face twisted with what? Terror? Despair?
“But, Sanjana, please try to understand," he implored her, his face contorted with his unspoken anticipation of what would come next. The woman pulled a hand out from beneath her robes and in it, a pistol.

He threw his hands up as if to ward off a punch as a shot rang out. The sound of the blast echoed off the concrete walls, around and around, down and down through the silent parking garage.﻿﻿﻿ Blood spattered across the wall as he fell backward and slid moaning to the floor. Then his eyes went blank. 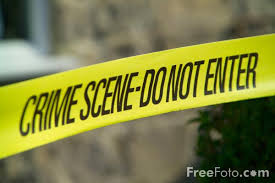 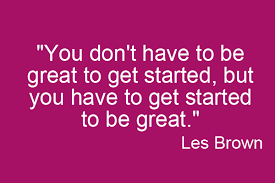