what is your story?

In just two weeks, I'll be soaking up literary nonfiction wisdom at the Mayborn Conference sponsored by the University of North Texas ( http://journalism.unt.edu/ ).

In preparation for it, I entered the writing competition with an essay I wrote a few years back. To my surprise and delight, it earned me the privilege of attending an all-day preconference critique workshop. That's the good part.


The hard part is that I now have nine other essays to critique prior to the workshop, and the critique form is three pages long! One of the participants was a professional correspondent for the Houston Chronicle for many years. Like I'm going to judge his writing!


Three of the entries are connected to the Middle and Far East--one about arranged marriage, one about the war in Vietnam, and one about a military doctor's experience in Iraq.


Two of them concern medical issues--in-vitro fertilization, and bulemia.


One is about film making and two are family memoirs.

All of them are fraught with turbulent emotional issues, as is my piece.


Some memories are difficult to access when we try to put them into words. We may not be ready or able to plunge ourselves back into the experience. Memories may be blocked...or too painful for us to confront or to process. In fact, when writing a difficult memoir, the story may end up sounding superficial, a mere rattling off of events, rather than an in-depth look at our emotional reaction, the ways we coped...or failed to cope...and how that formed us as individuals. Which is what the reader aches to know...because it's how the reader learns.


In one of the essays, the writer alluded to sexual abuse but never spoke of the circumstances, or her response to it...leaving me wanting to know more. To understand her story better.


One writer witnessed the brutal murder of an elderly woman in a helicopter attack during the Vietnam war. 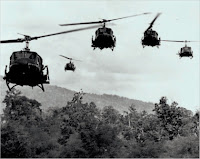 She described the incident but couldn't communicate her horror and how it affected her, except to say that the episode is still vivid to her as an adult.


I had the same difficulty with my piece. It is the story of my brother's hospitalization with rheumatic fever at age five. How critically ill he was. How he nearly died. How the memory of it affected him his entire life...and how I never knew it.

Because it is his story, I didn't feel as though it was appropriate for me to let all of his skeletons out of the closet. He probably hasn't introduced me to all of them yet, anyway. So...I had to omit the hardest part of his experience--the part that still moves me to tears.

I'm eager to hear my piece critiqued so I can make it better...truer...harder. The theme behind it is so important that we have spoken about collaborating on a book about it.

Here are a couple of short exerpts from "The Pull of Gravity":

"He was sure that he was going to die because no one said a word to him about it. He could read the alarm in their eyes, and hear the dread in their voices, but no one explained to him how something like that could happen, or what it might mean, and he was afraid to ask. Instead, he suffered in silence, in confusion, in terror—and he never let it show."

"The way he explained it to me that night, part of him never emerged from the depths of despair, confusion, and fear he felt as a child. Until he told me about it, no one knew what it was like for him to have been in and out of recovery, in and out of therapy, and on and off medication all his life because of what happened to him in the hospital when he was only five-years old, and I was only three. I was too young to have understood it then, too young to have helped. And now that I know, it is too late."

"How is it, then, that one of us was caged while the other went free? How is it decreed who will be the patient, who the healer, and why? Are we at the mercy of mysterious, random forces as indifferent as fate, or luck, or chance? Is it serendipity, as capricious as the flight of one of the butterflies on the wall of the children’s ward, that brings one to despair, the other to joy? Or are we simply abandoned without hope to question the purpose of pain, the reason for suffering, the price of silence?

How are we to understand that the same illness, at the same time, in the same hospital propelled one of us into the lifelong study of medicine, the other into a lifelong quest for healing?"