bring on the bulldozers

I don't usually post in the middle of the week, so something must be up, right? Well, it's like this:

Have you ever been moved by a book you've read? I mean, like when they send the bulldozers in? 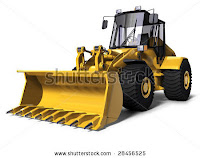 I don't mean moved to tears, or to laughter, or to fear. I mean: moved to action.

I've been doing a little background research and reading in preparation for my second novel. Its underlying theme has to do with sex tourism, that is, human sex trafficking. This subject, for reasons I don't fully understand, has been an itch I just haven't been able to scratch, for a long, long time. If this is a topic that doesn't chafe at you somewhere deep inside, then you really should read the book I just finished:

"A riveting and beautiful memoir
of tragedy and hope--by a woman named to
Time magazine's list of the 100 most influential people
in the world."

This is the memoir of a simple Cambodian woman who was sold into sex slavery as a young girl, managed to escape, and made it her lifelong quest to rescue children from the horror and utter hopelessness of their victimization.

Did you know that girls as young as five years of age are sold into slavery? That they may be chained or caged in filth, threatened, beaten, and tortured until they surrender to their fate. Are you aware that they may be sewn shut without anaesthetic so that penetration is even more agonizing for them? That they are exposed to STIs and HIV without concern for treatment or prevention. That many children die at the hands of their abusers.That there is no escape for them? Not a glimmer of hope?

The scope of this global human tragedy is inestimable. It is cloaked in secrecy and lies, denied by governments, and ignored by agents of the law. It is an untreated wound that festers, undiagnosed and untreated, without regard to socioeconomic, cultural, or spiritual boundaries.

If you don't believe this...if this is none of your concern...if you feel you have more important issues to contend with...then please read this book. Somaly Mam survived unspeakable torture...and relived it moment by moment in the writing of this book in order to raise awareness and support for her work. This includes rescuing, sheltering, and protecting victims like herself. It includes educating and training them to become self-respecting and self-sufficient members of society. Her work involves educating men, women, and children about the scope and horror of human sex trafficking. It involves working with law enforcement agencies and governments in order to intervene on behalf of children everywhere.

A portion of the proceeds from the sale of this book will be donated to the Somaly Mam Foundation. To learn more, go to http://www.somaly.org.

And...if this doesn't move you...or you would like to know more...you might prefer to read a novel:

"A deeply moving story and a searing reminder
of the resilience of the human spirit."

The Blue Notebook was written by Dr. James A. Levine, a professor of medicine at the Mayo Clinic. The story grew out of his research among the homeless children on a street in Mumbai known as the Street of Cages, where child prostitutes work. It is the first-person account of a young girl, Batuk, who records her journey in a small blue notebook.

Bring on the bulldozers.
jan﻿