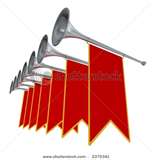 I just received notification that my short story, On a Different Note, has been accepted by The Storyteller Magazine http://www.thestorytellermagazine.com for publication in their April/May/June quarterly issue. This is my first official publishing credit. Proof--for those of you who, like me, think the day will never come--that, yes, it can be done.

Thank you, very much!

Needless to say, my initial reaction was one of unadulterated delight. But then it occurred to me that my story is temporarily dead. The only people who will get to read it are those who subscribe to this magazine. I had to withdraw it from consideration by the six other sites I submitted it to. This was a little bit of a letdown that I wasn't prepared for.

This can only mean one thing: I need to let it go and keep working on my next short story! One of which is "Lost and Found":

Milton Schueller needed four things at the store. The sugar bowl was empty and the milk had soured. He'd used up the last roll of toilet paper and he'd run out of the hard candy he liked to hand out to the children in the neighborhood. He liked to know what was going on around town so he thought he might pick up a copy of the Times while he was at it. Not that it mattered anymore, he so seldom got out.

But the snow had stopped and the sidewalks were clear and he relished the thought of getting some fresh air. So despite the scowling gray clouds and the fickle wind, he bundled up and started out for Theo's Family Grocer, up two blocks and over four.

Milton was halfway home before it occurred to him that he'd forgotten the candy. Wait, he thought, maybe not. He stepped into an entry way out of the cold and rummaged through his grocery bag in vain. How stupid, he thought. How totally idiotic not to remember four things. Four!

It worried him because this is how it started with his wife, Anna. Every so often she would forget a telephone number, or misplace an unpaid bill, or miss an appointment. And look what happened to her. She ended up strapped into a chair, drooling onto a bib.

Now that Milton lived alone, it scared him, too. Once he forgot to turn off the oven before he left the house, and just last Tuesday he forgot to take his medication. Or did he? He couldn't rmember. It was no consolation to know that it would come to him sooner or later. By then it might be too late.

He wagged his head slowly and plodded on down the street. How had it come to this? No candy for the children.

Milton braced himself against an icy gust. He tugged his hat down snug over his ears, wrapped his scarf up under his chin, and started down the street. His street. The street where he and Anna had made their home together for fifty-three years. Where they'd reared three sons--and lost two of them. Where he lived alone now.

He stumbled and nearly fell where the sidewalk had buckled from the cold. Thankfully he'd remembered to pick up his cane on the way out the door. When he regained his balance and looked up again something was amiss and it confused him. In front of him stood the same six brownstones he'd left not an hour earlier except for one thing. He couldn't remember which one was his. He stopped and stared. Six identical sets of steps flanked by identical wrought iron bannisters led to six identical landings. Four more steps led to six heavy, ornate doors embellished by six identical stained glass windows. Only the numbers on the gates served to distinguish them. But to his horror he'd forgotten his house number. Was it 203? 205? 207? 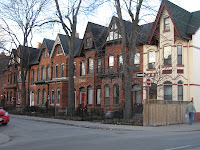 This is impossible, he told himself. This canot be happening.

Just then Mrs. Dingaman stepped outside to shake out her door mat. "Good morning, Milton," she called out. "Good to see the snow has stopped."

He straightened his shoulders and smiled broadly as if nothing were wrong. "Yes, indeed. Still cold, though."

He continued past 205. Surely he would recognize the lamp in his front window. His own curtains. The birdfeeder next to the bush. He porceeded slowly, scrutinizing every detail but nothing looked familiar.

When Milton passed 207 his confusion morphed into panic, and panic dissolved into despair. He stopped, set his bag down, and slumped against a lamppost. He might have wept except that just then his neighbor came up behind him. Peter. Yes, that was the name. Peter Collins. The young man with the three children who would have to go without their candy now.

"Milton! How are you? Can I give you a hand? It's awfully cold out today." Without a word he picked up the old man's bag, and took him by the arm.

"It's not a bother. Not a problem at all. Here, you're home already." The young man led Milton through the gate to #209 and up the steps to the front door.

Milton took out his keys and turned to his neighbor.

Thank you, Robert. You're very kind."


*
"Be a lamp, or a lifeboat, or a ladder.
Help someone's soul heal."
--Rumi--
*
The April A to Z Blogging Challenge is now accepting participants so if you haven't already signed up, now's the time. It's a great way to connect with bloggers from all over the world!
jan ﻿
Posted by jan at 1:59 PM