out on a limb

I’ve shifted into overdrive this week. Now that spring has blossomed in all her glory, I have a ton of yard work to do. 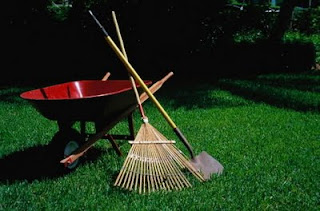 I promised Famke we would go to the lake for our walk. (She always gets her way!) 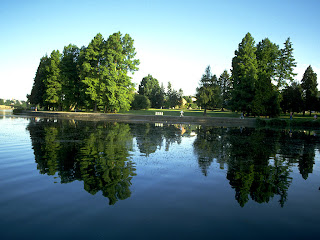 ﻿
And I’m packing up for the Penn Writers Conference in Pittsburgh later this week where I’ll be pitching The Bandaged Place to agent Victoria Skurnick…which means I have to polish my pitch and prepare for a “read and critique” session…in addition to deciding what to wear, etc., etc.
With this in mind I thought I would go out on a limb today and simply offer up my pitch for comments. This one is much longer than the 90-second pitch I used at the Writer’s Digest "pitch slam"…and it’s a little shorter than the synopsis I included with my query letters. If you are interested, I would appreciate your feedback on it. Is the storyline clear enough? Are there glaring holes in it? Does the story engage you? Is it too wordy? Here it is:
The Bandaged Place
The title of my novel is The Bandaged Place. This is a story that takes medical malpractice to an all-time low when DR. KATE TILTON is diagnosed with breast cancer…and ends up the victim of medical fraud at the hands of the trusted colleague she turns to for her care.
The story opens in the Intensive Care Unit where a young patient of Dr. Kate’s has just died of complications following surgery for a rare pelvic tumor. The girl’s surgeon, DR. STEPHEN BERG, insists that they did everything possible for the girl…so when the Chief of General Surgery demands an accounting into her death, he takes it in stride. After all, he has nothing to hide. Still, it surprises Kate when Berg suddenly announces plans to relocate. “Unfinished business” is what he tells her. At least that’s what he says.
Kate is also surprised when her husband, PETER, an IT expert at the hospital, tells her that he has been invited to oversee the implementation of a state of the art virtual imaging system in an aging trauma center in Middleburg, a remote village in northern New England. To Kate’s chagrin, he goes on to say that he will be partnering with none other than Dr. Berg.
Kate can’t imagine what would attract a hot-shot surgeon like Stephen Berg to such a remote area so before she agrees to the move, she insists on visiting Middleburg.
There she meets with Berg for lunch. He tells her about the promise he made to his mother on her death bed…to return to his hometown to revamp the god-forsaken hospital where her father—Berg’s grandfather—died needlessly after a logging accident, and his sister died after a hit-and-run on her bicycle. Finally, the project is about to get underway.
Kate turns her practice over to an energetic, young doctor, bids farewell to her co-workers and friends, and off they go.
With the help of her new neighbors in Middleburg—chain-smoking, tough-talking Barbara and woman-of-wisdom Sophia—Kate begins to embrace small town living.
Soon after the move, however, she finds herself clearing away the over-flowing ashtrays and empty shot-glasses that litter Peter’s desk every morning. He won’t admit that there’s a problem but Kate knows better. He finally concedes that his partners are under investigation for insurance fraud and he is worried that his career may be in jeopardy when he is summoned to testify in the case. At the same time, Kate discovers a lump in her breast.
So…while Peter is tied up in court, Kate takes it upon herself to schedule an appointment. Her mammogram is suspicious for cancer and she undergoes an urgent biopsy the same day...all before she mentions anything about it to Peter.
When the biopsy confirms an aggressive form of cancer, Peter struggles to be supportive even though he is obsessed with work and consumed with worry over the trial. But Dr. Berg is there for Kate. He’s eager to step right in and operate. Under his care, she decides to undergo a bilateral mastectomy. He assures her that it affords her the best chance for survival.
Kate is elated when she learns that her surgery was successful. But elation turns to doubt…and doubt to suspicion when it dawns on her that short of a verifiable miracle, residual tumor should have appeared in the surgical specimens. It did not. She wrestles with the possibility that a mistake may have been made—that she may have lost both breasts to a non-existent malignancy because somebody screwed up in the lab. When Kate works up the nerve to confront Berg about it, he blows her off, like who is she to question him?
After that little confrontation, Kate decides to investigate further…but the next thing she knows, her records mysteriously vanish. She suspects a cover-up but she has nothing to go on unless she can somehow recover her X-rays and biopsy reports.
Then she remembers a single piece of evidence that could implicate Berg—a strand of hair contained in the locket of the woman whose daughter died months earlier under Berg’s care. Could she have been a victim, too?
With help from her friends, Kate locates the woman and convinces her to relinquish the cherished locket. Using state of the art DNA technology they prove that Berg tampered with medical evidence in the girl’s case and, by implication, in Kate’s case, in order to justify aggressive and lucrative—though unwarranted—surgery. In fact, over the years Berg has racked up a fortune in unnecessary fees at the expense of unsuspecting patients in an ill-conceived scheme to fund the renovation of Middleburg’s floundering hospital.
With Berg’s conviction and Peter’s unaccustomed support, Kate is finally able to begin healing both emotionally and physically.
*
Thanks for taking the time to read and critique for me! Wish me luck.
“Try again. Fail again. Fail better.”
--Samual Becket--
jan
Posted by jan at 3:13 PM