In theory, I should be an expert on writing by now. I recently took a survey of the books on writing I have accumulated and, for the most part, read over the years. When I reached the number fifty I stopped counting.

I began collecting these books almost thirty years ago—at about the same time I was learning how to read EKGs and perform spinal taps. Even though I was consumed with the study of medicine, with the nuances of patient care, with the ethics of exhaustion, writing was already a part of me.

I’m pretty sure I could teach a course on storytelling, formatting, and breaking in. I could deliver an inspirational talk for writers who are discouraged or uncertain or fearful about beginning. I could draw on the wisdom and experience of hundreds of successful writers, people who have motivated and encouraged me through their own writing.

But there’s a big difference between learning what to do and getting it to work on the page…on the first page. Which is why I’ve revised the first page of The Bandaged Place ten, maybe twelve times…and why I took a couple of versions to my critique group this week, and begged them to pick the one they thought worked the best. And they did!

It turned out to be the one I had thrown together in desperation that morning. I’d told myself just to “play around” with it. I’d convinced myself to hit the “cut” icon (ouch!) eliminating about three-hundred words of narrative exposition (knowing that I could retrieve it if I needed to). That little maneuver landed me smack in the middle of the first scene which is where I should have been all along.

Saying good-bye to beautiful prose is like having to fire your best employee. It’s a tough decision. In fact, it can be downright heart-wrenching. You promise you’ll try to find them another job…perhaps in your next novel. And even though it may not seem fair, things actually are better once they’re gone.
I learned a couple of lessons this week. First, I learned not to be so possessive about my work…not to fall in love with it. There are some relationships that are doomed to fail.

Second, I learned that the “cut” icon is my friend. It’s much more forgiving than the delete key.

A couple of excellent resources for anyone who is struggling with this include: 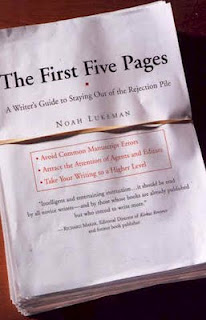 And Story Engineering by Larry Brooks:

My advice is to learn all you can from the experts…then play with the “cut” and “paste” functions on your keyboard when you finally get to work. It can’t hurt and it might just help.
When is the last time you deleted three-hundred perfectly good words? Did it help?

*
“Never, never, never give up.”
--Winston Churchill--
*
In my next post, I’ll tell you what Memorial Day is like when you have a “top chef” for a son. Oh, yes! Then next weekend I’ll introduce you to some more people who have influenced me with their advice, wisdom, and encouragement…or maybe I’ll ask for yours.